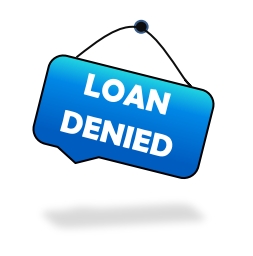 Yesterday I got a call from a prospective client asking for help. I usually don’t get too many calls for this kind of help. Apparently, the telco company had charged him too much for what my client didn’t use and he didn’t want to pay the bill last year. He forgot all about this until a few weeks ago when he decided to apply for a home loan and voila! the news was pretty shocking to him. There was a default on his credit file lodged by the telco.

So like any good person, he paid the bill and called the company to see if they can help him get his home loan by removing the default. Not only were they rude, but they refused to help him out, as he was no longer their customer!

I see this every now and then – defaults sometimes happen when there is a lease in one person’s name and friends then move in and the original person fails to transfer the lease into the friend’s name and friends of friends finally forget (conveniently) to pay the rent! Or it could be a case like my client in the scenario above.

What options does my client have? He could try a few things here:

1. Well, he could go to the Ombudsman if he knows he is in the right and ask them to help him sort it out with the telco.

2. He could use the services of a default removal specialist to see if he can get the default off his credit file now, rather than wait for the next five or seven years when it will automatically drop out of his file.

3. He could approach a lender who will approve his loan with a small paid default (of course, with the right explanation as to whose fault it was and why it happened). Sometimes, he may be able to get a reasonable interest rate and at other times, he may have to pay an extra percentage to get his loan approved.

He can also choose to get out the contract until he sorts out his credit file, if he wanted to! But if it was a really good deal, then he can try one or more of the options above.

Have you experienced something similar (you or friends)? If so, please share how you sorted it out.

It has come to our notice that people are receiving calls from scammers pretending to call on behalf of Smart Money Solutions. WE DO NOT COLD CALL to promote our services or to ask for any personal information. If anyone is calling and pretending to represent Smart Money Solutions, please DO NOT respond. We have reported the incident to Police and also registered as a scam with scamwatch.gov.au.